Writers in cafés: Gill James at The Art of Tea, working on Girl in a Smart Uniform


The Art of Tea in Didsbury village is my sort of place. I spent a pleasant afternoon there recently as I took a day’s leave. What does a writer do on a day’s leave? Sit and write of course. Busman’s holiday or what?
The holiday bit, I guess is the sitting in a café and enjoying some expertly brewed camomile tea and a rum slice and people-watching at the same time as writing. Certainly, being out and about and amongst other people helps to combat the feeling of isolation. Is that why we writers enjoy working in cafés so much? 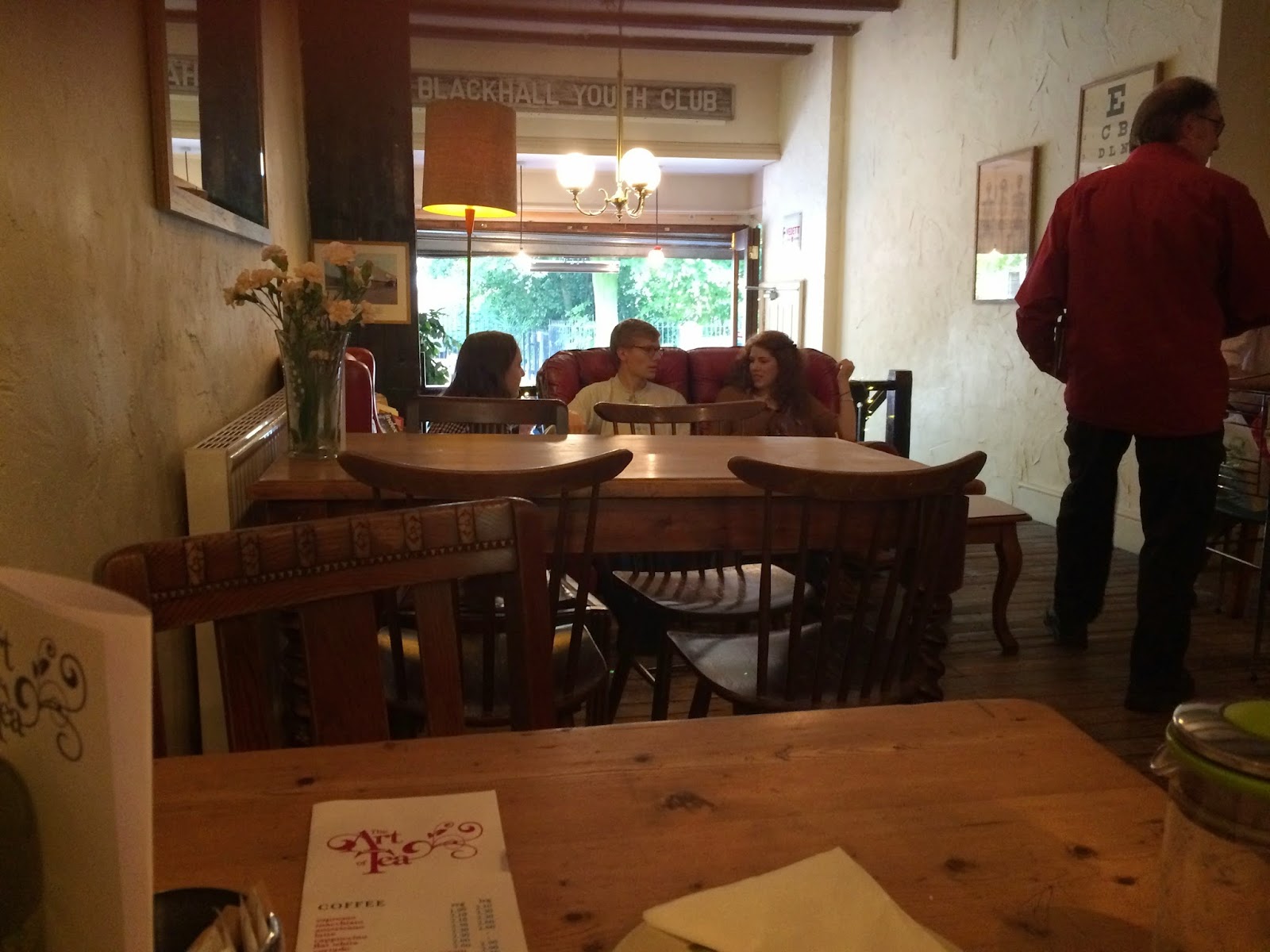 I’m just at the thinking stage of my latest creation, Girl in a Smart Uniform, the third in my Schellberg cycle, set in Nazi Germany. At that point I like to make notes in a notebook with a pen in my hand. There is definitely something satisfying about the connection between the hand and the brain, the feeling of the slight pressure of the pen in the hand on the paper followed by seeing the ideas appear in handwriting. Certainly for me ideas always appear more easily when tea, cake, notepad and pen are to hand. 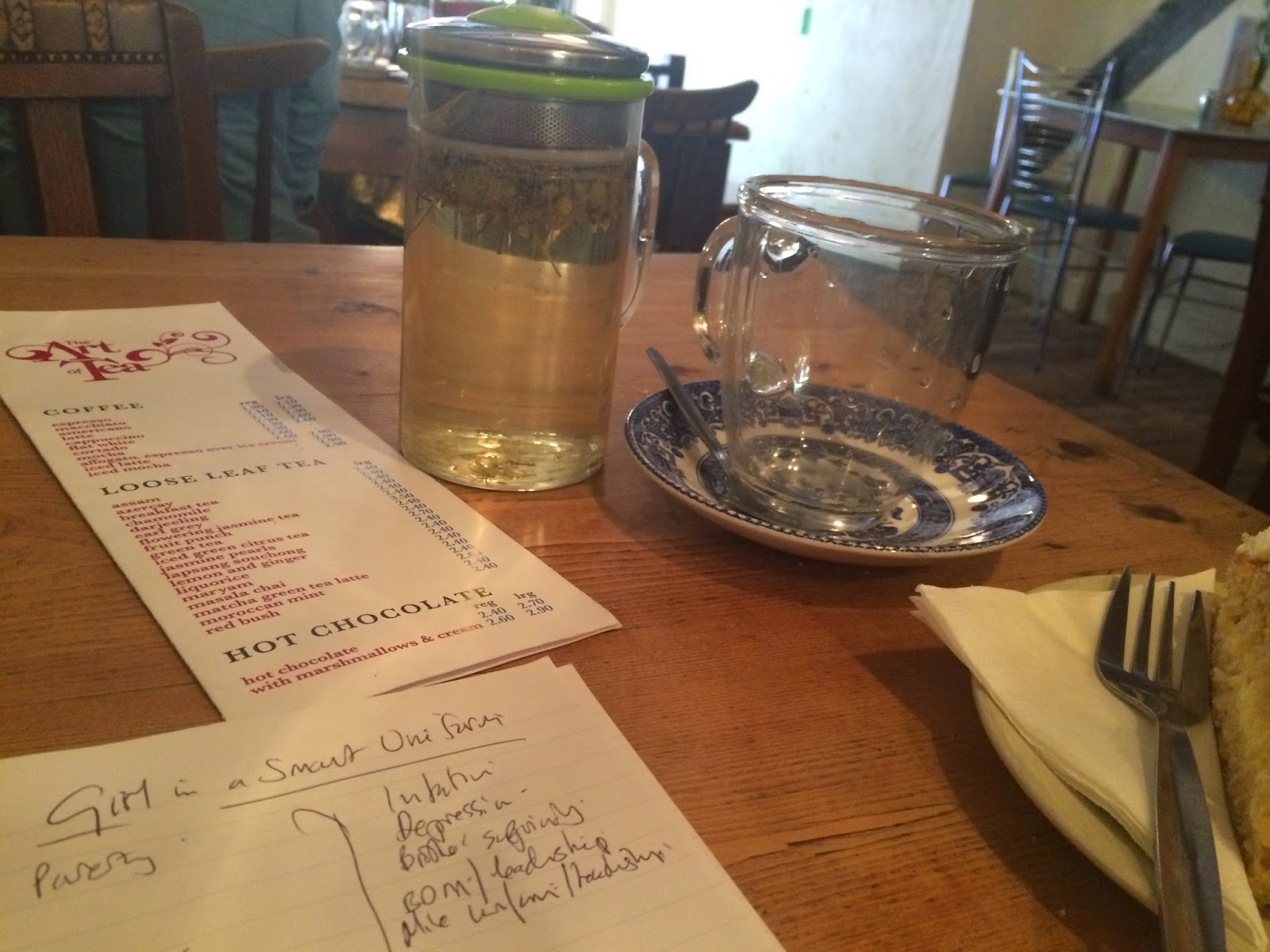 The ideas have been chasing around in my mind for a while. Now it was time to marshal them. Since that afternoon they’ve evolved further as I’ve actually started to write. I doubt, though, that I’d be as far as I am now if I hadn’t spent that afternoon deeply connected with my story and aided and abetted by a creative café.

The Art of Tea is a little bohemian, a little grown-up hippy and certainly vibrant with several lively discussions going on as I worked.  The cake and tea were good and the rest of their menu also looked tempting.
The Art of Tea is attached to a second-hand bookshop and look what else I found which is going to be useful for the course I’m teaching on children’s literature at the University of Salford. 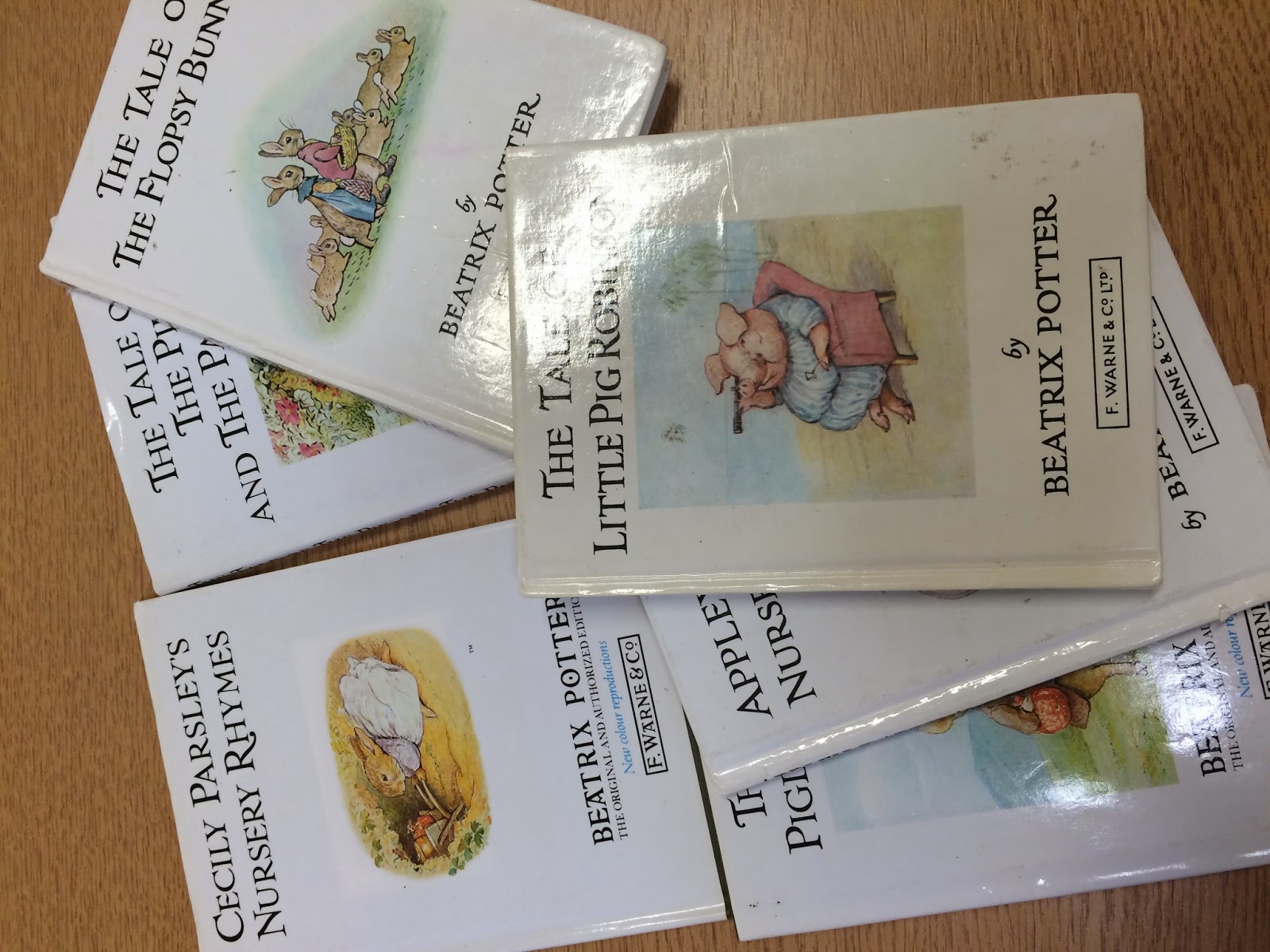 Email ThisBlogThis!Share to TwitterShare to FacebookShare to Pinterest
Labels: Didsbury, Gill James, Girl in a Smart Uniform, Schellberg cycle, The Art of Tea, writers in cafes